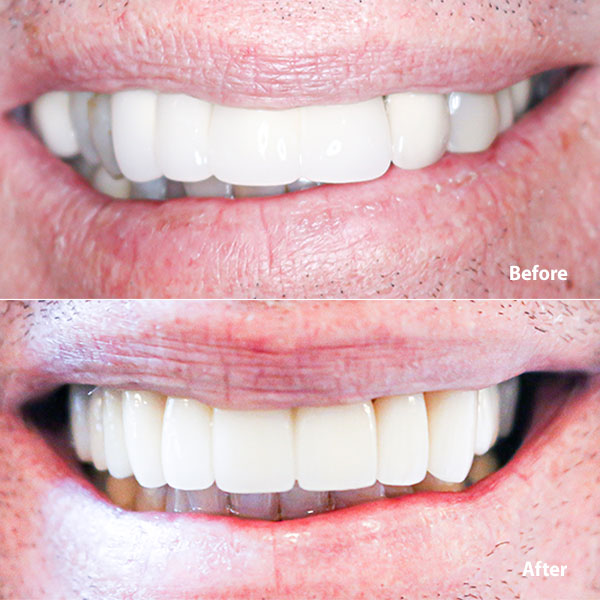 Bob had many failing teeth. His dental history was sporadic. He just wasn’t concerned with his teeth. Bob didn’t have a long-term plan. After discussing how one tooth affects the outcome of the other, and the state of many of his teeth, Bob realized that there is no time like the present. He knew the fee would be related to the level of work involved, but he was surprised to realize it was less than he had expected. The work took months, including implants and root canals, but Bob only had to loose 2 teeth, and does not have a single removable tooth.

Get Your Question Answered